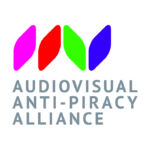 AMSTERDAM – 17 July 2018 – A card sharing piracy network has been shut down with the operator of the illegal network convicted and sentenced to 240 hours community service and a fine of over €45,000 at a court in Groningen yesterday, following a collaborative investigation led by Dutch Police, VodafoneZiggo and members of the Audiovisual Anti-Piracy Alliance (AAPA). The 40-year old man was convicted of criminal offences relating to card sharing, resulting from the illegal sharing of Ziggo services. An accomplice of the man was also convicted and sentenced to 100 hours of community service.

The sentencing follows raids carried out in March 2017, during which three active card sharing servers were found, as well as 20 ‘fully-loaded’ Dreamboxes which were being sold via online marketplaces. It was also uncovered during the raid that there were over 300 customers for these illegal services and devices.

“This conviction is a welcome result of the positive collaboration between law enforcement, leading operators like VodafoneZiggo and members of the AAPA to bring content pirates to justice,” said Mark Mulready, Vice President – Cybersecurity Services, Irdeto and Vice President, AAPA. “This is another step in demonstrating that piracy is a serious crime and will not be tolerated. We will continue to work with our members and partners around the globe to counter piracy in all its forms.”

Despite the growth of streaming piracy, card sharing piracy continues to pose a major threat to pay TV operators and broadcasters. This form of piracy occurs when a pirate steals and retransmits a regularly changing control word that is passed between a smart card and a set-top-box (STB), allowing subscribers to watch TV content they have not legitimately paid for.

AAPA represents companies involved in the provision of protected audiovisual services, security technology for such services, and the manufacturing of products which facilitate the delivery of such services. AAPA’s mission is to enable the fight against piracy where this involves the development, promotion, distribution, application or use of technologies resulting in the unauthorised use of protected audiovisual content, by co-ordinating intelligence and action supported by effective legislation and its implementation. For more information about AAPA’s work visit www.aapa.eu

Irdeto is the world leader in digital platform security, protecting platforms and applications for video entertainment, video games, connected transport and IoT connected industries. Irdeto’s solutions and services enable customers to protect their revenue, create new offerings and fight cybercrime. With 50 years of expertise in security, Irdeto’s software security technology and cyberservices protect over 5 billion devices and applications for some of the world’s best-known brands. With a unique heritage in security innovation, Irdeto is the well-established and reliable partner to build a secure future where people can embrace connectivity without fear. Please visit Irdeto at www.irdeto.com.