BRUSSELS, CABLE CONGRESS – 08 March 2017 – Irdeto, the world leader in digital platform security, has released results of the largest consumer piracy survey ever conducted. The Irdeto Global Consumer Piracy Survey of more than 25,000 adults across 30 countries found that despite the high number of consumers around the globe watching pirated video content (52%), nearly half (48%) would stop or watch less illegal content after learning the damage that piracy causes the media industry. This willingness by nearly half of consumers to change their viewing habits speaks to the huge impact that education could have on reducing the number of people who pirate video content. 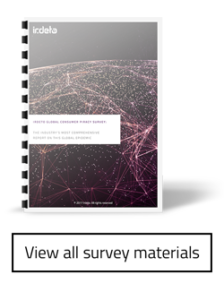 The positive outcome of an industry-wide education initiative could have the most impact in Latin America and APAC. Fifty-nine percent of consumers who watch pirated content in Latin America and 55% in APAC stated they would watch less or stop watching pirated video content after learning that piracy results in revenue loss from studios, affecting investments in future content creation. Conversely, only 45% in Europe and 38% of respondents from the US said that they would watch less or stop watching pirated content. This indicates that simply educating consumers in these regions about damages associated with revenue loss may not be enough. However, an education initiative focusing on piracy’s impact on the creative process of producing content, coupled with knowledge on how piracy is often linked to criminal organizations and that pirated content could include malware aimed at stealing consumer’s personal information, may resonate better in those markets.

“A battle is being waged in the media & entertainment industry,” said Doug Lowther, CEO, Irdeto. “Legal content offerings are no longer only competing against each other. Pirates have undoubtedly grown into a formidable foe that should not be ignored. With more than half of consumers openly admitting to watching pirated content, it is crucial that the industry tackle piracy head-on. To do so will require technology and services to protect the legal content as well as a comprehensive education program to help change the behavior of consumers. Coupled with a 360-degree anti-piracy strategy, the market is fully prepared to take the battle against piracy to the next level.”

Additional findings from the Irdeto Global Consumer Piracy Survey include:

“Education around the negative impact of piracy on both the industry and the consumers themselves is an important element of any anti-piracy strategy,” said Rory O’Connor, Vice President of Services, Irdeto. “The results of this survey show that many countries are open to change. To elicit this change in consumer habits will take a concerted effort from all the industry players to not only educate consumers about the negative impact of piracy, but also continued innovation to address the three elements of consumer choice – content, value and convenience.”

Click here to view the full report on the survey results: https://resources.irdeto.com/irdeto-global-consumer-piracy-survey

Irdeto is the world leader in digital platform security, protecting platforms and applications across multiple industries, such as media & entertainment, payments and automotive. Our solutions and services enable customers to protect their revenue, create new offerings and fight cybercrime. With nearly 50 years of expertise in security, Irdeto’s software security technology and cyber services protect over 5 billion devices and applications for some of the world’s best known brands. Our unique heritage as a subsidiary of multinational media group Naspers (JSE: NPN) means that we are a well-established and reliable partner to help build a more secure future. Please visit Irdeto at www.irdeto.com.