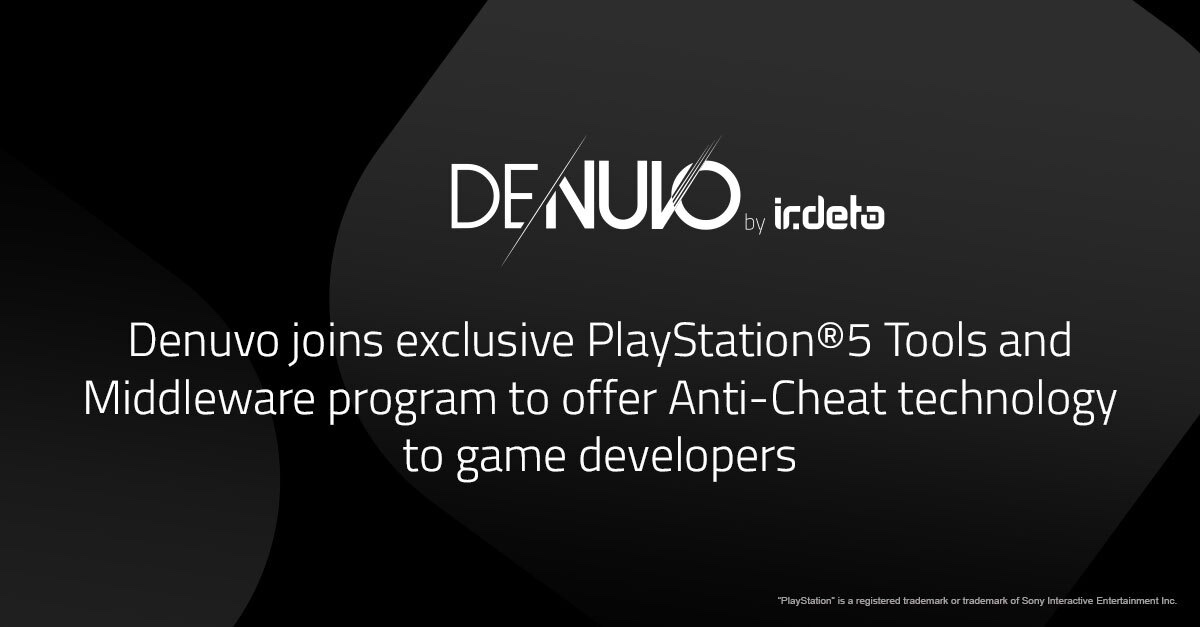 AMSTERDAM, March 10, 2021 – As security and innovation collide, Denuvo by Irdeto today announces it has joined the exclusive PlayStation®5 Tools and Middleware program. Denuvo, the leader in video games protection, offers its Anti-Cheat solution through this program to publishers and developers whose games are available on PlayStation®5.

Denuvo is at the forefront of games security with over 2 billion unique game installs protected across all platforms, and over 1,000 games secured. Joining the PlayStation®5 Tools and Middleware program therefore fosters Denuvo’s continued commitment to excellence and innovation in game security. It also supports Denuvo’s goal of protecting the developers’ investment, where approximately 70% of their revenue is earned in the first two weeks after the launch of a game.

Today, as a member of ecosystem players, Denuvo will carry on its mission of bringing fairness and fun back to gaming by providing its Anti-Cheat solution to all developers who want to protect their games and gamers, from hackers and cheaters, on PlayStation®5. According to its Global Gaming Survey, 77% of the gamers express being repelled from a game due to cheating occurring, creating a tremendous risk on monetization of games.

Developed by security experts and video game enthusiasts, Denuvo’s technology has no negative impact on in-game performance and its non-intrusive methodology ensures the developer’s workflow is never impacted.

“Cheating ruins video games for honest players,” said Reinhard Blaukovitsch, Managing Director of Denuvo, Irdeto. “This can lead to lower engagement, game traffic and shrinking revenues for game publishers. We are really proud be able to help the world’s most talented developers to bring rich experiences for gamers on Playstation®5.”

Denuvo has a solid track record of protecting AAA titles for over a decade and collaborates with game developers of all sizes, offers cross-platform technologies on PC, Consoles, iOS and Android to secure against games piracy as well as protecting the integrity of the experience. Securing revenue sources beyond the game sales has become increasingly important for the publishers who rely on ad-revenues, in-game currency, downloadable content (DLC) and more broadly gamers long-term engagement into the games.

“PlayStation” is a registered trademark or trademark of Sony Interactive Entertainment Inc.

Irdeto is the world leader in digital platform security, protecting platforms and applications for video entertainment, video games, connected transport, connected health and IoT connected industries. Irdeto’s solutions and services enable customers to protect their revenue, create new offerings and fight cybercrime effectively. With more than 50 years of expertise in security, Irdeto’s software security technology and cyberservices protect more than six billion devices and applications for some of the world’s best-known and loved brands. People are Irdeto’s biggest strength and diversity is celebrated through an inclusive workplace, where everyone has an equal opportunity to drive innovation and support Irdeto's success.

With a unique heritage in security innovation, Irdeto is the well-established and reliable partner to build a secure future where people can embrace connectivity without fear.